When I say I got ipv6 working I can imagine you may be asking how that is special and you are right, theoretically at least. Practically I faced a surprising amount of difficulties when I tried to configure my FreeBSD router to get an ipv6 address from my internet service provider. Because of that I configured my OpenVPN to route ipv6 traffic as an intermediate solution. That however also took more time than I would have expected, because there is just not enough documentation on the internet at this point in time and especially when it comes to the question: How to route ipv6 from a jail over an epair device. ...

emocli is a little bash script, which is able to display most of the emoticons and symbols found in Wikipedia articles about Unicode and Charsets. The tool does not present an overview and is not meant as a replacement for gnome-characters, but better suited to test the capabilities of different terminal emulators: The script can add modifiers to the smilies and request a text-only representation by doing so. Not all terminal emulators support that today. ...

vim-under-the-cursor Underlines all occurances of the word under the cursor and additionally displays the color under the cursor if it is written as a hex value. The alpha-channel (#rgba colors) is also supported and changes the brightness of colors.

vim-fancy-line was released today: A minimalistic, fast and good looking status- and tabline for Vim.

This is no spectacular change, but it is really awesome how easy it is to contribute to the Xfce project thanks to its maintainers like Alexander Schwinn. Thank you! This really encourages further involvement.

I was looking for a way to use FreeBSD as router OS in my home. Its purpose was to route OpenVPN traffic from and to my network, so that an individual host configuration becomes unnecessary. My first setup was based on a raspberry pi and that works good enough and is so simple, that it can easily be fixed if something breaks. I further improved the setup and installed a local DNS recursor in order to get DNS under my control. ... 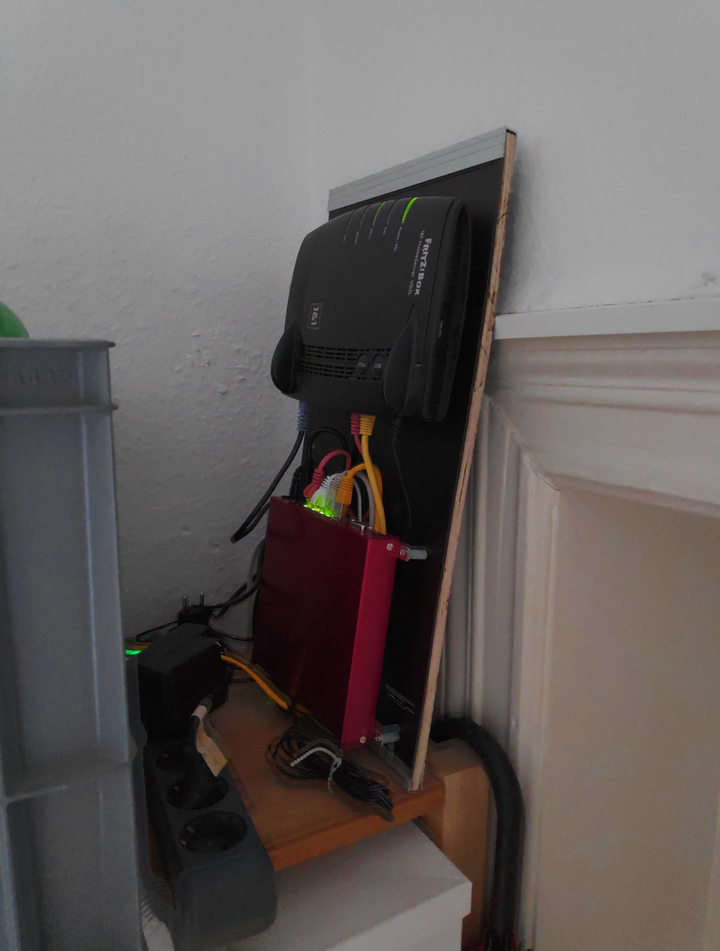 This camera is available online and gets seriously warm when turned on. Also it is hard to mount in this form. Or short: A case is necessary and here is the drill template for it (in SVG-Format) openscad file svg file glabels file And the result is good enough: 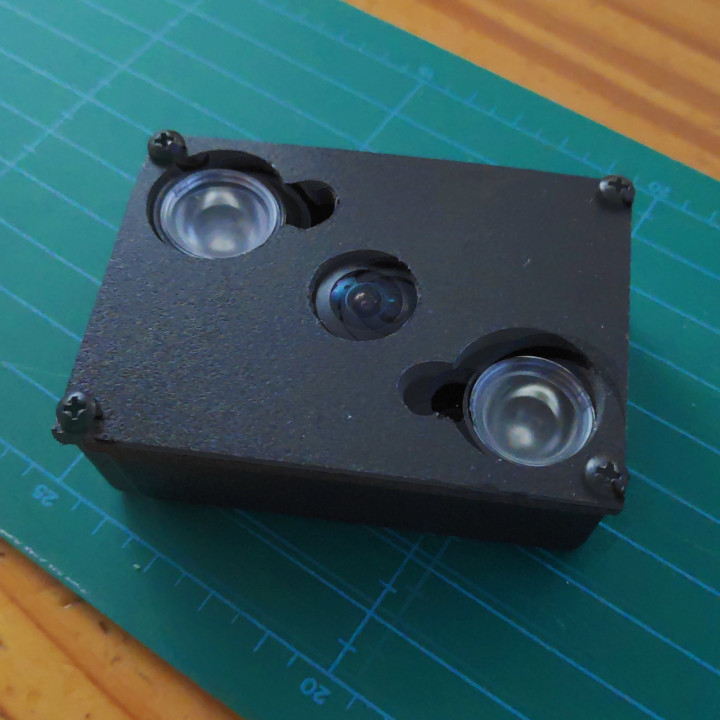 I have never found it noteworthy that I have installed LED strips behind my main monitors, because it used to be too dark there and was hurting my eyes. For many years I had a crude LED-strip in a cable tie construction, not very nice from a construction point of view, but as durable as such temporary solutions always get. I have now upgraded the setup and for anybody interested in how my desktop looks like today, here it is: ... 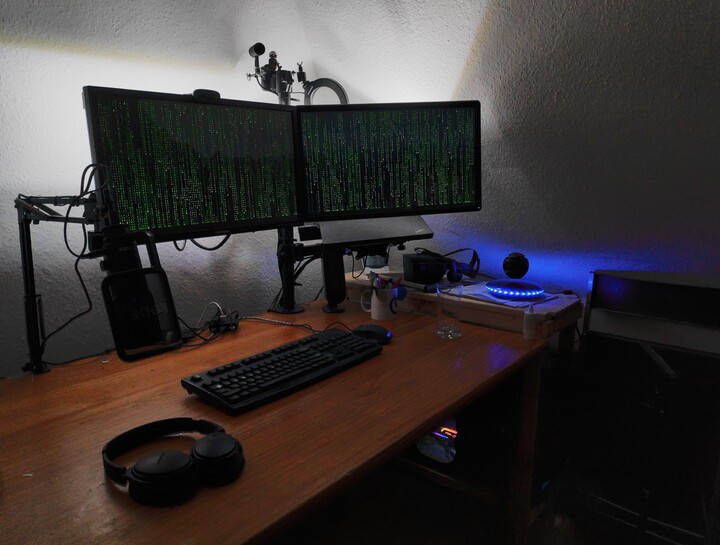 vim-recently-used shows a list of recently used files from the current directory when starting Vim.

I am confident to speak for others as well when I thank Bram Moolenaar for accepting my pull request so quickly. I am really impressed, that you really did that by yourself. I was not expecting that, because its unusual to be recognized by rock stars when participating in their concerts. However I realized, that what this means to me could potentially be something I could give to others as well. ...